One of the most interesting and stimulating things about working in academia is building international networks. Academia is by nature international and a normal day at work often consists on communicating with people from several different countries. Linnaeus University is putting much effort into renewing and developing international cooperation among its departments and schools. Being a completely new university forms are not yet fixed and vivid discussions on how to shape new strategies for 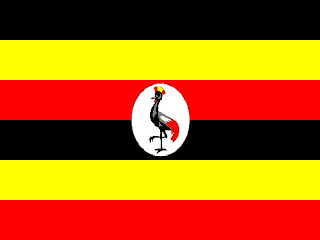 international co-operation is now taking place.
Not least at the School of Cultural Sciences, where my own department is situated, ambitions are high.
I have over the years had the privilege to be involved in several international projects and initiatives. As part of the new strategic ambitions of my university, I now take the opportunity to go back and re-establish some of my contacts and professional relations again. Thinking about how the Department of Library and Information Science could develop constructive contacts, there is one which stands out today - the East African School of Library and Information Science (EASLIS) at the Makerere University in Kampala, Uganda.
For several years I was working as supervisor of two doctoral students from Makerere University Library. As I moved from my former university college and entered my present position, I had to give up that, but the students continued and I am so happy that both made it and now have their PhD’s.
However, the contacts that were made during those years now make a foundation of what will be an important part of my department’s international strategy. Contacts with EASLIS have now been reactivated and hopes are high to find forms for both student and faculty exchange activities (both ways, of course), but not just that.
The Ugandan and East African library environment is of such unique character that it is of high importance that we develop research collaboration as well. With minimal material resources library activities are developing into crucial tools for literacy development, not least in the rural areas of Uganda. The National Library of Uganda is the present channel through which most resources in terms of international support are distributed. During the last few years the country has been actively rebuilding its library structure – with the National Library as the natural centrepiece - in order to achieve a strong base for both regular library activity and singular projects in all parts of the country.
At the same time Uganda has over a long period of time established EASLIS as a major educational institution among the African library schools. With a fine network of international contacts and a number of internationally renowned researchers it is a department of high quality. As such it is of interest for my department to work with, not least to give our students opportunities to go and study LIS in an environment which lies beyond the ordinary US/Europe axis, where we have the majority of our collaborations. By developing long term co-operation with a school such as EASLIS we will benefit both ways and be able to develop not just personal contacts and experiences, but library education and our understanding of librarianship as well.
As I write this first contacts has just been taken. It was a few years since we were in touch, but it seems promising - both here at my department in Sweden and at the EASLIS response are very positive. We want to work together, and that means that we will. Given the ambitions of Linnaeus University, chances are good that we will achieve both financial and institutional support for whatever form we choose to let this venture take.


Here are the dissertations of Jane Kawalya and Ruth Nalumaga, with whom I had the pleasure to work between 2004 and 2007.