A few days ago I read a very interesting report by Kerstin Assarsson Rizzi on special libraries within the field of humanities in Sweden. It was published by the National Library of Sweden. It is a study of 31 special libraries outside of the university sector with the overall aim to see how they are doing in general, and how they can be incorporated into the research infrastructure of the country.
The report states that the public library system of Sweden today incorporates all kinds of libraries, except many special libraries. Most of these however are funded by public money. They are of many sorts and the institutions responsible for them are mostly not themselves parts of the library system, which may be an explanation for their often marginal existence. Examples of libraries in this study are the library of the Army Museum, of the Royal Swedish Academy of Letters, History and Antiquities, of the Swedish Film Institute, of the Maritime Museum, and that of the National Museums of World Culture. Furthermore a few historically significant private libraries, like the Skokloster library, are included. 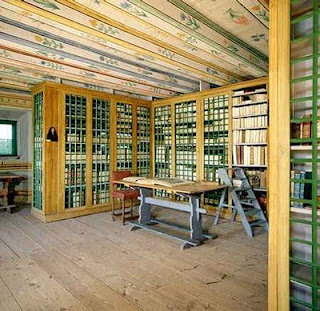 The report concludes that the situation of many special libraries today is serious and problematic. A number of reasons are listed:
- The libraries lack a clear assignment or mandate in relation to the national library system. This puts them in the hands of the good will of the mother institution.
- Often, large collections are managed by very few librarians.
- Although a number of the collections complement the collection of the National Library they are not systematically and properly registered in the national bibliography LIBRIS.
- In many of the studied libraries visitors are few, even though they are open to the public.
- Knowledge of the existence of these libraries among the general public is often very low. 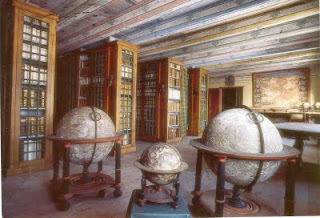 Suggestions on national co-ordination, support and further education of staff, increased bibliographic description and availability are made, and rightly so. Statements made that these libraries in most cases are of great value to humanistic research are important, but it require that students and researchers are aware of their existence and of what is actually in them.
The findings in the report also raise problems of a deeper and more complex kind. One such is that the value of these libraries often lies in the collections themselves. This is a main issue that differ special libraries from general (university or public) libraries. Unique collections have been built during, in many cases, a significant period of time – in some cases several hundred years – within a certain subject field or on a specific location. Today, when librarianship is fixed with usage figures and user friendliness, many of these libraries seem almost anachronistic. What possible value can a large library with a topically narrow collection, used by very few, have in today’s society? How can their value for (tax)money be defined and why should we bother to incorporate them into the general library system at – probably - substantial costs? Finding answers to these questions are not easy, at least not if we are to use the library discourse of today, so dominated by technological “innovation” and instrumentality.
If we look at libraries and librarianship from another angle however, the role of special libraries becomes obvious and without conflict: libraries as vital parts of society’s collective memory. There has over the last decade or so been an ongoing discussion among librarians and scholars alike about libraries as what is usually labelled as “memory institutions”, together with museums and archives. This is a good thing and an important perspective on librarianship valuing libraries beyond the often narrow and unreflected user oriented discourse. Special libraries are often well suited as bases for arguments in the discuission between userism and the view of libraries as memory institutions, giving far mor prominence to collections than the former. One of the most important aspects about special libraries is the completeness of the collections – defined either topically or historically. That completeness creates, in itself, a value which goes beyond the number of users. Discussing libraries in such terms, however, is often is often discarded as either old fashioned or romantic – or both . It is not.

Furthermore, the value of special libraries lies in their relation to research, not least within the humanities - without them a good deal of research could simply not have been done. It is a good thing that special libraries now get a kind of attention that may contribute to increase their status and to make them part of the national library system. Assarsson Rizzi’s report is both interesting and important. It is crucial that her suggestions are taken into serious consideration.

The report Humanistiska specialbibliotek: rapport från en kartläggning av 31 bibliotek utanför högskolan is in Swedish, and you find it here.