About a year ago my department agreed with the Swedish Library Association to do a national survey on the topic of Swedish public libraries and their work with ethnic minorities. The minority groups in focus should be five groups defined as “national” minorities. The study is now completed and results were presented at the Göteborg Book Fair last week.

The concerned groups are:

- Tornedalians, the meänkieli speaking population of Torne Valley on the northern border of Sweden and Finland.

Of these, the p 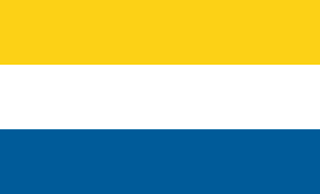 opulation of Swedish Finns is by far the largest group. It is also the group which is most assimilated and spread throughout the majority population in Sweden. Common to them all is, however, that they have been present in Sweden for a long time, and helped form what we can define as a “Swedish identity” – both in European terms and in local national terms. What they also have in common is the under privileged position in society. Most of them have also been persecuted and discriminated in Swedish society well into the 20th century.

Today, the national minorities have certain rights and are to be protected and given opportunities to uphold their specific identities, habits and languages within Swedish society. All kinds of public agencies are to take these groups into consideration – thus also public libraries. How this is to be done is, however, not specified anywhere. Two types of activities are mentioned in the legislative texts regarding this issue – activities directed towards the minority groups themselves, and activities aiming as increasing knowledge and awareness of the national minorities among the majority population.

Minority work in libraries is problematic, that we know from many international studies. Ambitions are often high, and there tend to be a widespread consensus of the importance of this work, but when it comes down to actual activities, these are often scarce and badly funded.

The result of our study corroborates this. Activities asked for was, among others, cultural programs, activities for children and elderly, cooperation with special libraries and minority organizations. From an overall national point of view, Swedish public libraries do virtually nothing for the five minority groups studied. Singular exceptions exist, of course, but as a whole the results of the study are very clear. Even though every question of the survey is answered with a 90+ percentage of “nothing”, some patterns emerge in the answers.

- Initiatives are local. Basically every activity measured is geographically local in that it is directed towards groups existing in the county or region.

- Initiatives seem to be directed towards language preservation and development, mostly through provision of literature in languages of locally present minority groups.

- Initiatives are primarily directed towards locally existing groups, not towards increasing knowledge and awareness of these groups among the majority populations ( activities of this latter kind do of course not require local presence of any of the groups)

- There seems to be no coordination on and between regional levels in the Swedish library system concerning these issues.

- Among library professionals, there seems to be a lot of insecurity surrounding possible work with the studied minority groups. Especially the Jewish and the Romani groups were commented as problematic.

When public libraries direct their work towards minority groups they often, despite small resources, make significant democratic contributions on local and regional levels. For initiatives to be effective however, coordination is needed; in Sweden today, more than ever. At this point when, for the first time, a fascist party has taken place in parliament, the need to show and work on the value of ethnic diversity must be further prioritized. Public libraries have the instruments to make a difference. It is important that they use them.

The results of this study will now be spread and discussed within the Swedish library sector. Coordination initiatives are expected.

The final report of the project “Libraries and National Minorities” is here (in Swedish).

Results in English will be published in relevant scholarly journals at the beginning of next year.

Pictures are: the flag of Torne valley, and the Sámi flag.