Why do we digitize "cultural heritage"?

Huge efforts are today made in finding practical solutions and funding for digitization of cultural heritage.  Initiatives like the Europeana gather digital representations of artifacts such as paintings, photographs, manuscripts, films etc and display them universally.  In most countries memory institutions are driven to relocate funding into various digitization projects, many of quite poor quality. In the strive for world dominance Google initiates book digitization en masse together with large libraries around the world, who exclaims the prestige of being part in this global project.

As I am once again preparing a course in cultural heritage digitization at my university, there is one question that keeps nagging me that no-one seem to ask anymore, and that – as far as I can see – very seldom has been asked at any point in time: Why? 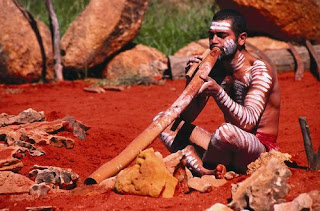 Derek Gillman discusses in his eminent book The idea of cultural heritage, two ways of looking at cultural heritage. The first views cultural heritage as something belonging to the whole of humanity. Thus the problems of colonial theft and war-trophies are easily solved – cultural artifacts have the same values wherever they are. The second states an increased value for artifacts and document when relating to the context in which they came into being.  Palawah rituals and artifacts simply make more sense in Tasmania than in London, Brussels or Gothenburg.
The tension between these two ways of looking of the intrinsic value of cultural artifacts, whether material or immaterial, is well known and has during the last decade given rise to discussions and several demands on colonially based collections in Europe to “give back” certain artifacts and documents. Because this is what cultural heritage is about:  documents and artifacts, what is left of historical events and traditions, crafts and customs, and which is sometimes forgot, individuals. They bear witness.  They matter because they are real. None are digital.

When skimming through policy documents of the EU, and digitization strategies in, for instance, Sweden, one is struck by a disturbing lack of interest for the value of these documents and artifacts.  “Cultural heritage” is reduced to just another term in lack of meaning. What has meaning, however, is the contribution cultural heritage digitization will make to the economic growth of the European Union. The digitization industry is in focus.  In order to achieve increased funding, memory institutions are driven into formulating digitization strategies – to become more “visible”.  When confronted with the myriad of tools, versions, metadata that are out there, and the obvious lack of long term preservation solutions, it is becoming increasingly apparent that cultural heritage digitization has very little to do with culture, or heritage, or any value that might lie in the actual documents and artifacts being subjected to digital treatment. Instead it has everything to do with supporting the European (and global) IT-sector and thus (finally) getting a way to legitimizing the very existence of memory institutions in a society that has lost every sense of memory and is exclusively focused on economic growth.
Is this a bad thing? Well, no, perhaps not, but when the social system built on the idea of economic growth starts to crumble, as it does today in Europe, and finally collapse (as it most likely will) there will be trouble.
Digital representation cannot replace original documents and artifacts. There can be smart displays and attractive presentations and, on a very superficial level, increased “access”. But, the values are lost, and without values cultural heritage is nothing but “a shell full of memories”, as Bryan Ferry once crooned.
Do these thoughts mean that I am “against” digitization efforts? No, but I believe that we must allow ourselves to raise the fundamental questions about why we do things. The digitization industry doesn’t want us to do it, politicians set to “lead” the development do not want us to do it – thus it is important to do it. Because, soon enough the day might come – and I believe it will – when the care and preservation of actual, value laden documents and artifacts will no longer be funded, since they are digitally "available". How will museums, libraries and archives then be able to uphold their legitimacy, which is in every sense founded in a pre-digital social order?