Dewey vs. The Public Libraries of Sweden - comments on a new report 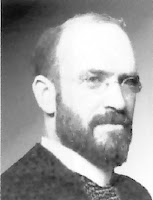 008 the National Library of Sweden decided to change its classification system into the Dewey Decimal Classification (DDC) and soon thereafter Swedish Library Association made a statement urging all parts the Swedish library sector to adapt and use the same system. The initiative basically came from a few academic libraries already using the DDC, but as the question came up more and more institutions and individuals felt that this might be an appropriate time to make such a change which in both size and scope is of major historical significance. However, one part of the sector has remained skeptical all through the process – the public libraries. In most parts of the world, DDC is a classification system for public libraries. Academic libraries use the Library of Congress Classification or the Universal Decimal Classification. There are many reasons for this, not least from a theoretical point of view – DDC is simple and rigid compared to both LCC and UDC. In Sweden, academic libraries obviously see DDC as the best option available, while the public libraries mostly seem to have been left behind in the discussions preceding the decision of the National Library – until now.

Just a few days ago an eagerly awaited report that finally deals with the DDC and public libraries was published by the Swedish Library Association. The title of the report is En svensk övergång till DDK – vad innbär det för folk- och skolbibliotek? [A Swedish transition to DDC – what will it mean to public and school libraries?] and hopes where that arguments for why at all public libraries should bother to take part in the transition to DDC would be presented in a convincing manner. If indeed that was expected, the report is a major disappointment. No argument whatsoever is provided that may convince public librarians why they should take on the complex task of leaving the current nationally well established SAB-system. I’m not surprised. During the last few years that the issue of DDC has been up for discussion the public libraries have been a major concern.

The report makes one thing clear: we are not dealing with a pedagogical problem getting public librarians to “understand” the point of it all.

The perhaps major argument for the whole transition is the development of the international bibliographical environment and the increased ability to make bibliographic exchange on the international market. This is indeed a strong argument for academic libraries. To most local public libraries, however, this is of limited interest. Instead we are treated with a number of relevant issues and activities in local librarianship that need to be changed in order to make DDC work.

Conclusion: we will now implement a classification system that is inferior to the one now in use and in order to make it work at all, we need to change the way we work.

Librarians are expected to do a lot of additional work leading to most uncertain results. Why and how this is to be done is not mentioned - probably because no one knows.

The lack of constructive conclusions in the report is excellent as it can make a good basis for a serious discussion that sooner or later has to come. It is not the skeptical public libraries that are the problem – without doubt do they have reason to be careful here. Nor is it the National library. Instead, the most problematic agent in this situation is the Swedish Library Association itself, having so strongly advocated the shift to Dewey for all kinds of libraries. Advocating bibliographic systems and routines that are clearly inferior to those presently used in public library may put its credibility at risk. That would be serious as the library sector needs a strong organization to support its societal claims.

All this said, my own position in relation to this matter is relatively neutral. All bibliographic systems have their weaknesses, and therefore changing from one to another is, most likely, a case of exchanging one set of problems for another. The arguments for changing systems in academic libraries and in the national library hold. Concerning public libraries, the problems and obstacles pointed at in the report are all well known to anyone working with classification and thus easily foreseeable. The question now is how to handle them. Maybe this is an issue where strive for unity among all libraries should not be seen as an overall goal.

I hope this important report will trigger discussion and debate among librarians of all kinds.

The issue of introducing DDC in Swedish libraries was up for discussion 90 years ago as well – the situation was surprisingly similar. I wrote about this in an article “Why Public Libraries in Sweden did not Choose Dewey” in Knowledge Organization, Vol. 24(3), 1997, pp 145-153.